Independence Day, also commonly known as the 4th of July, is a national holiday in the United States celebrated every year on that date to commemorate the adoption of the Declaration of Independence in 1776. This national day of pride is celebrated with events commonly associated with the US, such as baseball games, barbecues, fairs, parades and concerts. Fireworks are also a traditional part of any celebration, lighting up the sky of almost every US city, where the US flag and everything red, white and blue are the colors of the day. We wanted to highlight a few cities around the world where Americans come together to celebrate and show their American spirit. Join us! 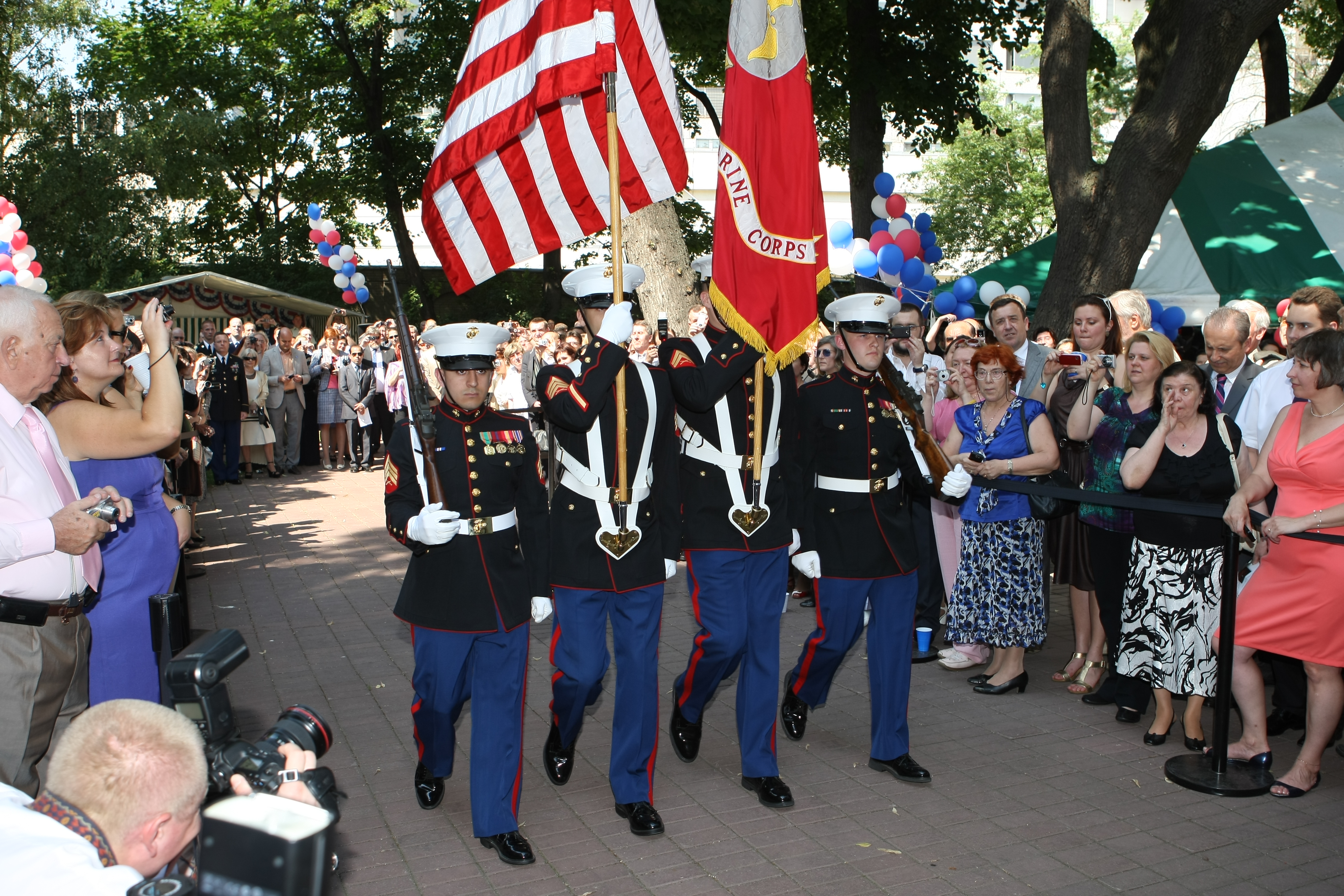 Photo: Spaso House, Embassy of the US in Moscow.

The American Chamber of Commerce in Russia, a body committed to creating a more business-friendly environment in the Russian Federation, takes time out to host a fun-filled family day of sporting competitions and activities, including a polo tournament, helicopter rides, concerts, fireworks and more! The event attracts Americans and Russians, sharing in the American cuisine, traditions and awards. This years’ event will be hosted at the exclusive Tseleevo Golf and Polo Club north of Moscow. As many US embassies around the world, the emblematic Spaso House in Moscow is no exception, hosting an elaborate Independence Day event each year. 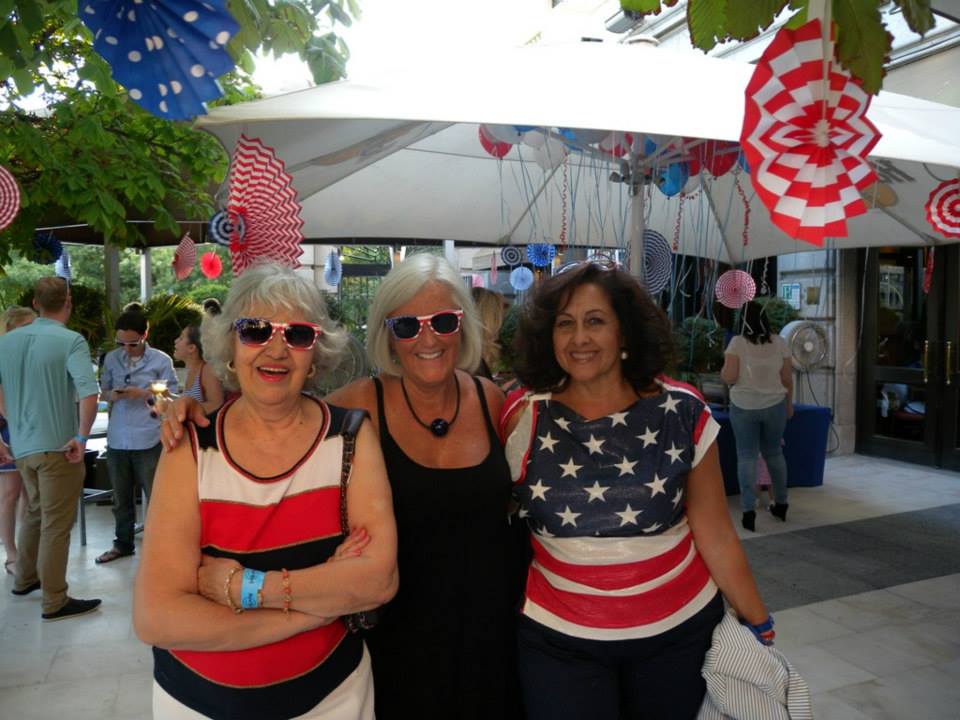 Photo by American Club of Madrid.

The American Club of Madrid hosts a red, white and blue event with traditional American food, music and fanfare to mark the day. The celebration is not only for Americans; it is for locals and other nationalities alike, and all those who want to take part in the festive tradition are welcome. This year’s event will be held at the new American kitchen, Roll Madrid, where an all-you-can-eat-BBQ is served, including hamburgers, hot dogs, ribs and wings! The Hard Rock Café is also a popular spot to celebrate and was the place where last year’s American Club of Madrid event was hosted. 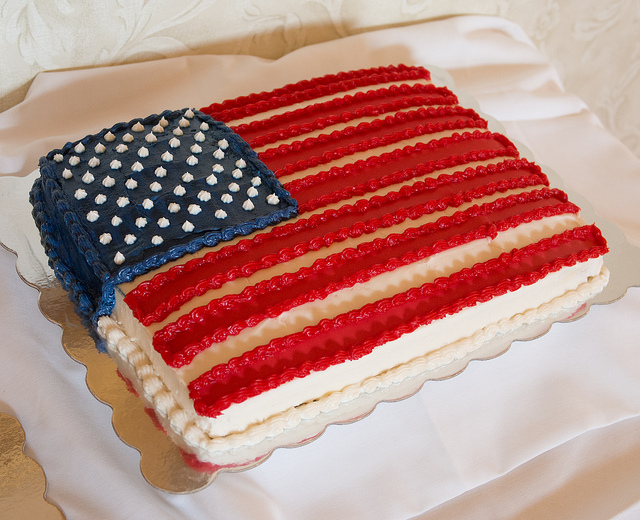 The American Association of Singapore hosts the annual Independence Day Celebration in partnership with the Singapore American School, where barbecue, live music and fireworks come together to celebrate life, liberty and the pursuit of happiness. Singapore brings the independence holiday together with beach and beer, where you can find many stars and stripes events hosted by local bars and restaurants. 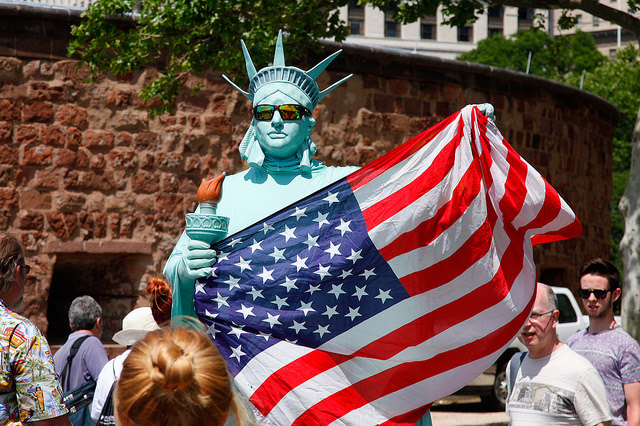 London joins the top cities to share in the 4th of July festivities. The day is a great excuse to have some traditional American food like hamburgers, mac & cheese or barbecue ribs. You can participate in the NY 4th of July Hot Dog Eating Contest at Big Apple Hot Dog or enjoy a barbecue and Rock N’ Soul concert at The Blues Kitchen at Shoreditch. Democrats Abroad UK puts together a festive picnic at Portman Square Garden on July 5th for American food, music and cheer.

While many national holidays are celebrated around the globe, few are as extensively and collectively celebrated as the 4th of July. Many expat groups join in for a good barbecue or to enjoy the fireworks and festivities.

For those traveling to the States, be sure to check out the concerts and fireworks shows available, from Boston to Philly across the nation to Las Vegas and the West Coast. Small towns and big cities host parades, barbecues and fanfare to honor the stars and stripes. A celebration that should not be missed!

How will you be celebrating the 4th of July?

The best terraces to experience a perfect sunset in Spain 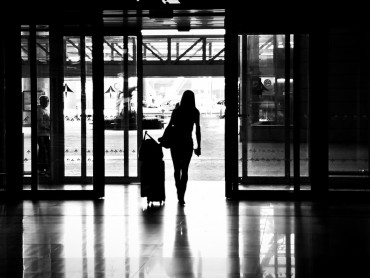 Are you a woman traveller? Tips to prepare for your solo adventure

Traveling alone is a trend on the rise: people from all over the world advocate for this experience,... 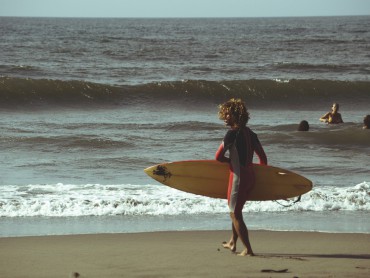 Say goodbye to your beach days lounging under an umbrella. Autumn is a fantastic time of year for adventure... 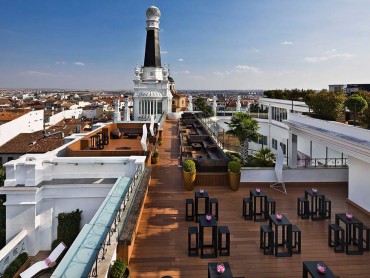 The best terraces to experience a perfect sunset in Spain

Rooftop terraces are an ideal complement to the long Spanish afternoons enjoyed in Spain during the spring...