For the New Year, at Destinia, we’re taking you on a virtual tour around the world to remind you of a few destinations you may not already have stamped on your passport. The leitmotiv is capital cities, although in some cases, we’ve made up our own rules in order to include other relevant cities that still have an air of mystery about them. So you need to have an adventurous spirit and a certain passion for risk-taking and eliminate any preconceived notions from your head. Let’s start our trip! 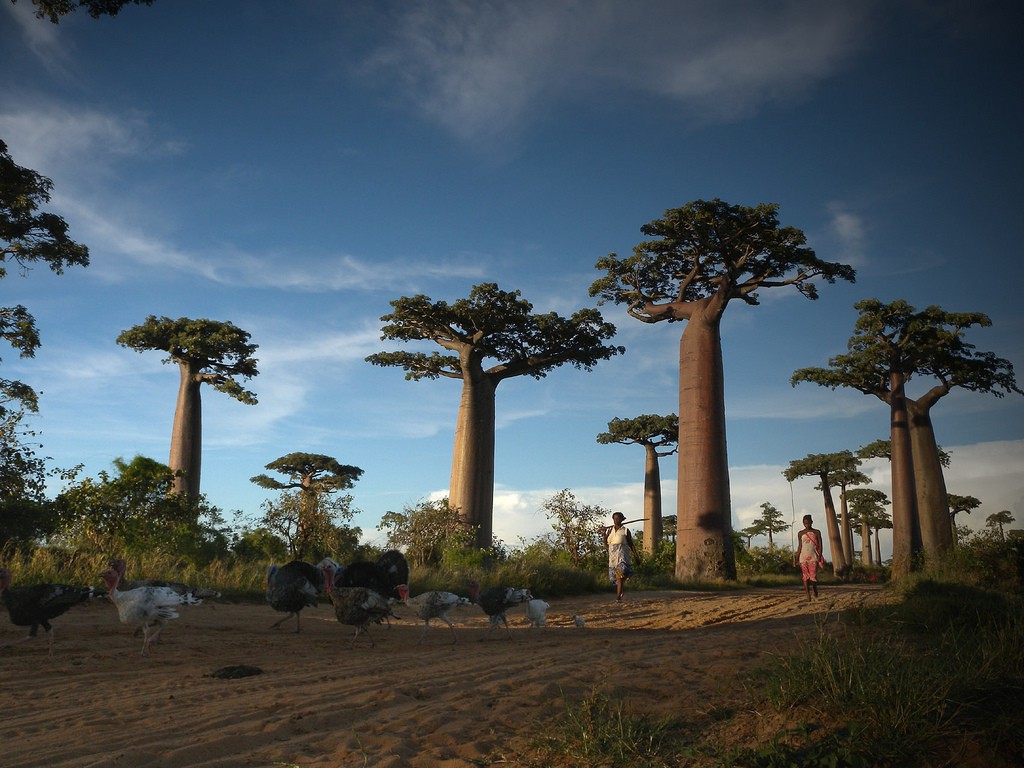 A: Antananarivo (Madagascar). The land of baobabs and lemurs awaits you. Welcome to a city where Madagascan culture and colonial mansions meet the twelve sacred hills of Imerina. 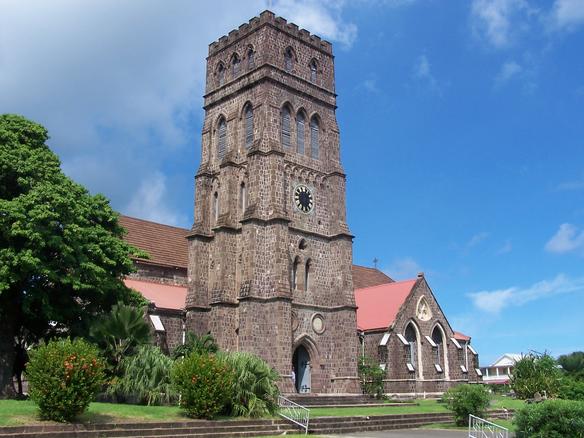 B: Basseterre (Saint Kitts and Nevis). Amerindian, African and European cultures are melded on this island where Mount Liamuiga dominates the landscape and rum is a staple of every table. 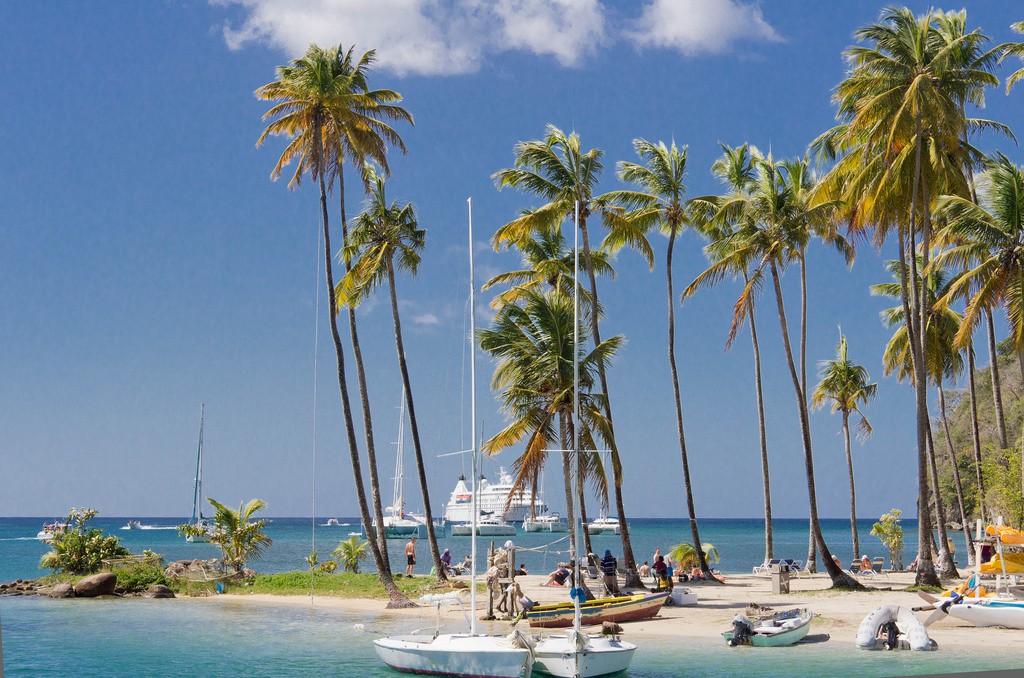 C: Castries (Saint Lucia). Idyllic beaches and the Pitons make up this little-known paradise just 35 kilometres from Martinique. You can sail the blue waters of Marigot Bay or go snorkelling off Vigie Beach. 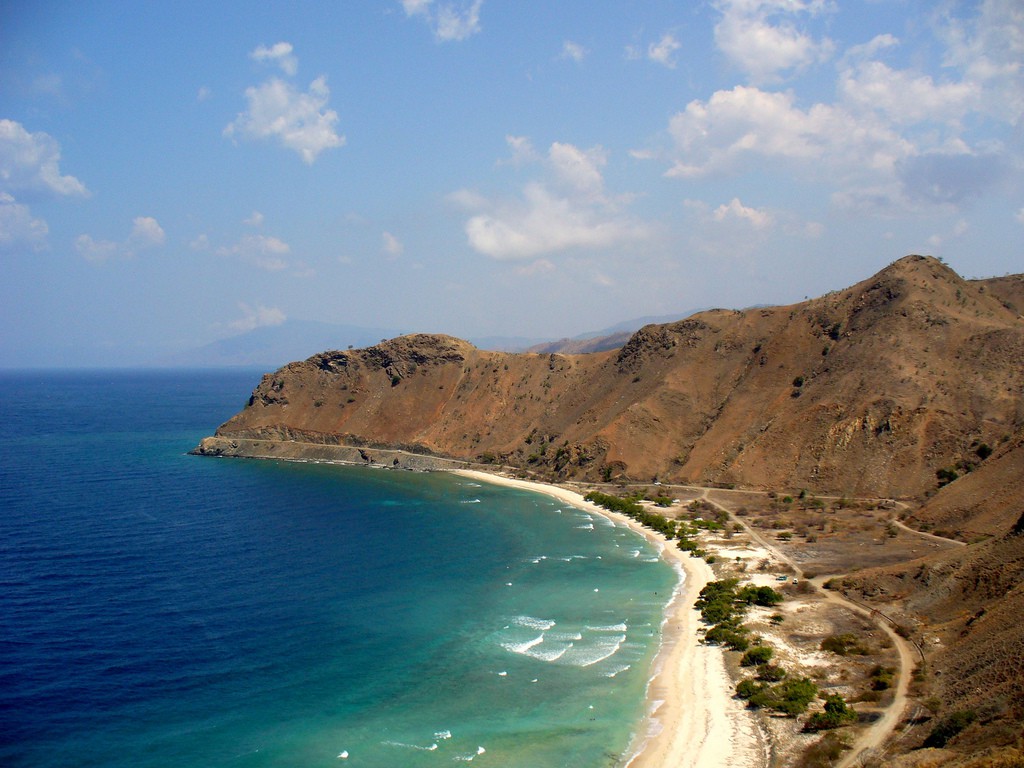 D: Dili (East Timor). This island paradise is an ideal spot for scuba diving and getting away from it all on the beaches of Cristo Rei or marvelling at the sacred totem houses and tebe-tebe dances. If you enjoy history, at the Chega! Exhibition, you can tour the ‘dark cells’ where hundreds of resistance figures were interned by the Indonesian military. 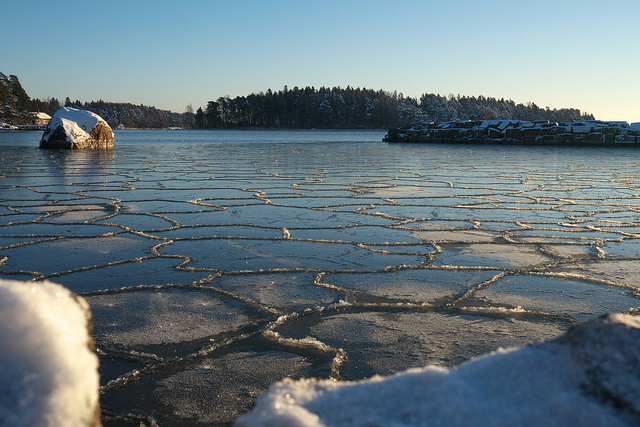 E: Espoo (Finland). As this city is part of the Helsinki Metropolitan Area, we’re applying the concept of capital in the broadest sense of the word. The city is home to the Espoo Museum of Modern Art (EMMA), the largest in Finland, where you can visit Futuro, an elliptical plastic house designed by architect Matti Suuronen, which is open to the public from May to September. Its intense cultural activity is blended with a number of picture-perfect spots halfway between the Nuuksio National Park and the Baltic Sea. 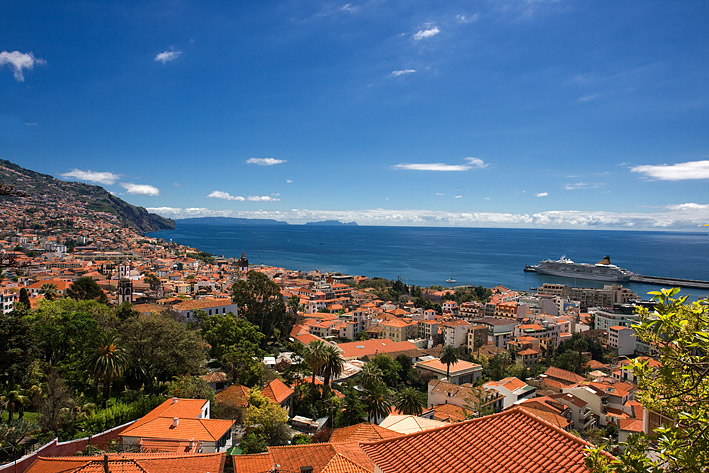 F: Funchal (Madeira). Thanks to the CR7 Museum and the large number of cruise ships that use it as a port of call, this habitual destination for Portuguese tourists is gaining prominence. There’s no shortage of reasons: it’s a modern, cosmopolitan city, surrounded by exuberant natural spaces, offering numerous options for surfing and diving in its crystal-clear waters. The Atlantic Festival in June is a perfect excuse to visit. 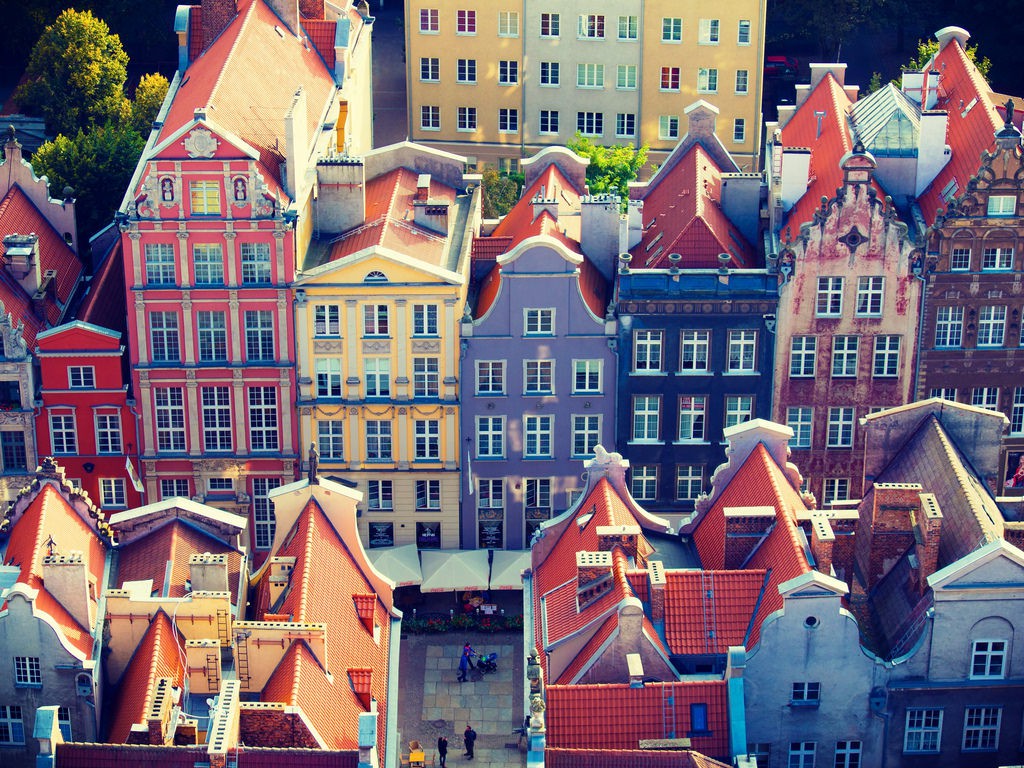 G: Gdańsk (Poland). One of Poland’s up-and-coming metropolises, it ranks sixth in number of inhabitants and is the country’s principal seaport. In the charming, medieval historic quarter, the god Neptune, symbol of the city, adorns the Royal Road of Gdańsk. St. Mary’s Church and Baltic cuisine round out the city’s tourist appeal. 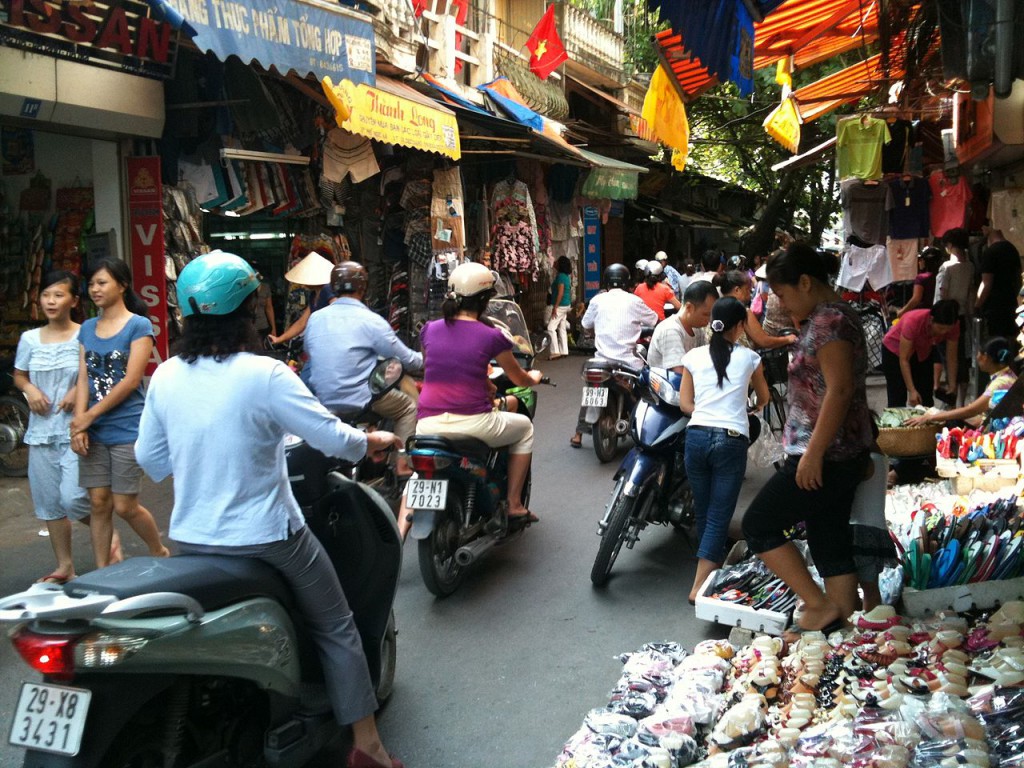 H: Hanoi (Vietnam). This prime example of reconstruction and recovery is the cultural hub of the country. If you would like to enjoy a traditional form of entertainment, visit the Thăng Long Water Puppet Theatre. When is the best time to go? From January to May or from September to December, coinciding with the dry season. 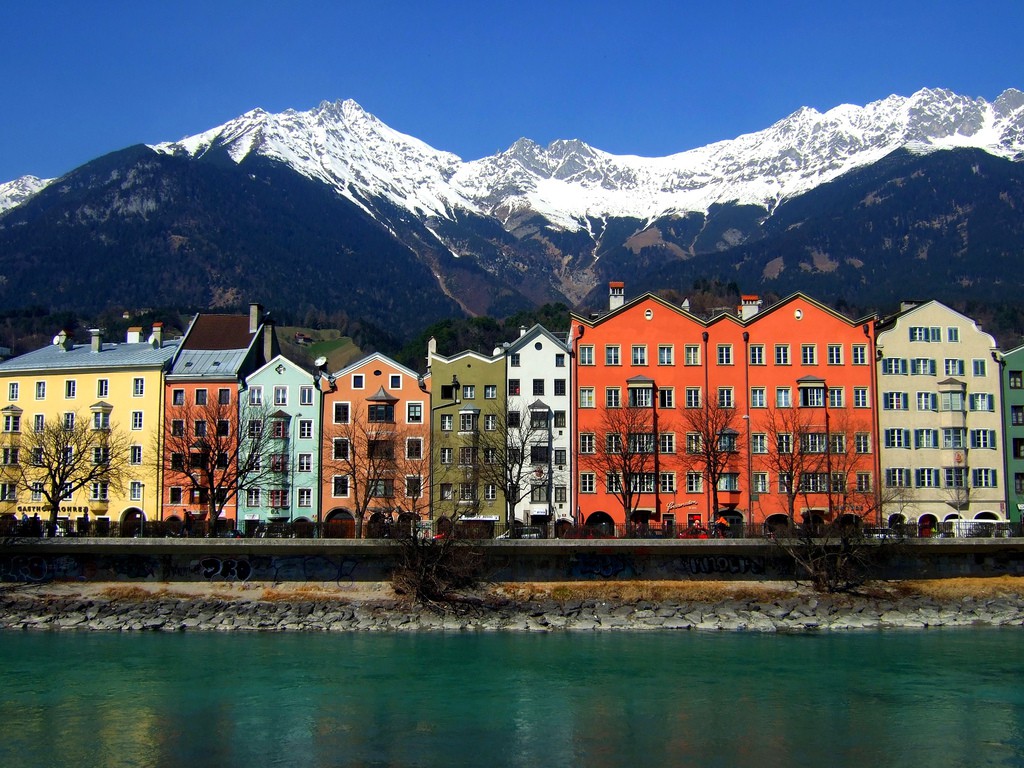 I: Innsbruck (‘capital’ of the Alps). Located in the heart of Tyrol, the beauty of its mountains is evidenced by the fact that the city has twice hosted the Winter Olympics. It brings together a rich architectural heritage and a flair for modernity. In addition to engaging in every mountain sport you could possibly imagine—whether in winter or summer—you can also enjoy a drink in one of the city’s bars with their spectacular views or get better acquainted with the wonderful world of Swarovski crystal. 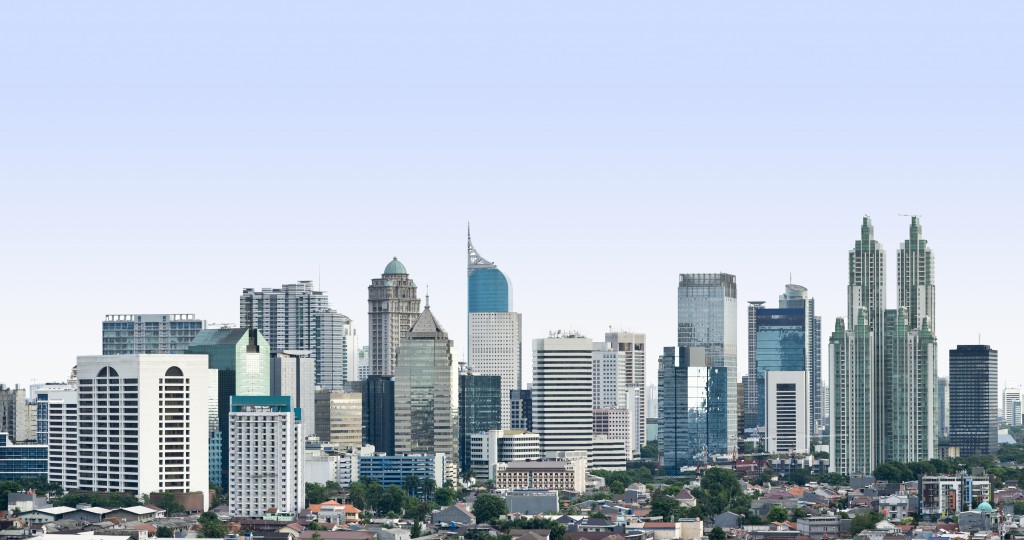 J: Jakarta (Indonesia). If you like fascinating, chaotic metropolises, then Jakarta is the place for you with its combination of exoticism, tradition and modernity. Located on the island of Java, the city boasts an imposing Istiqlal Mosque and a Gothic cathedral, and is the shopping hub of the nation with numerous high-end malls –the city is shopping hub in South East Asia–. 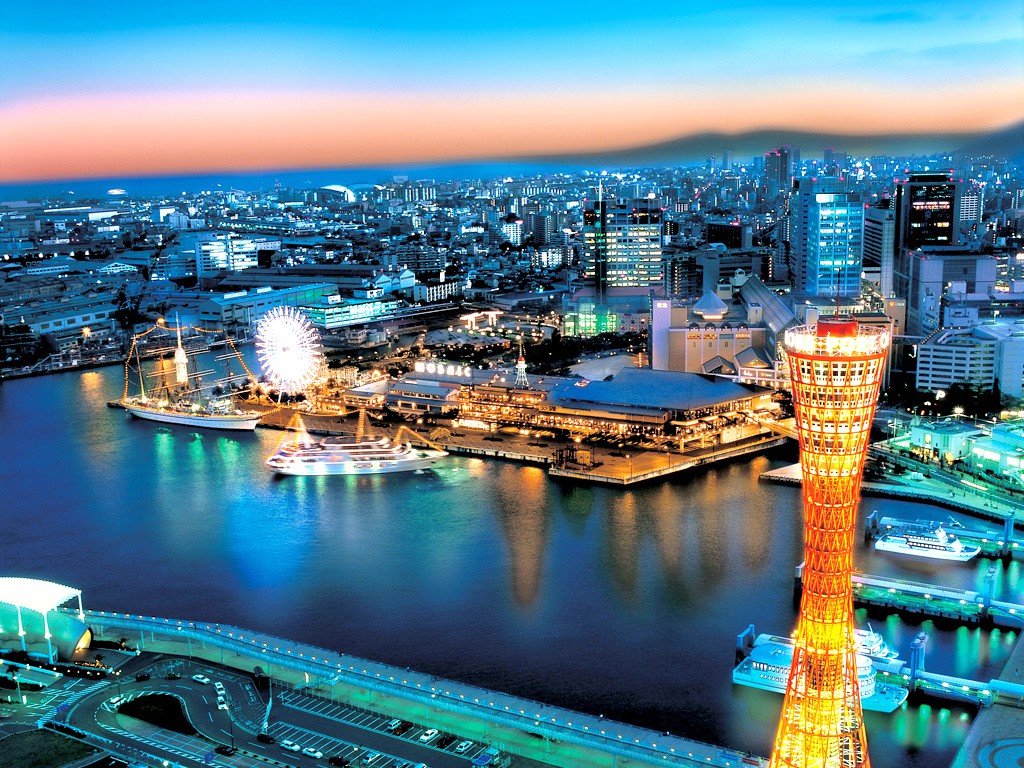 K: Kobe (Japan). Who hasn’t heard about its world-class meat? Wagyu beef, which includes several indigenous breeds of cattle, is among the most coveted by gourmands. But this city has other incentives, as well, like the Shintoist Ikuta Shrine—on which the city was founded—the port district, the Akashi Kaikyō Bridge—the longest suspension bridge in the world—Meriken Park and the Maritime Museum. 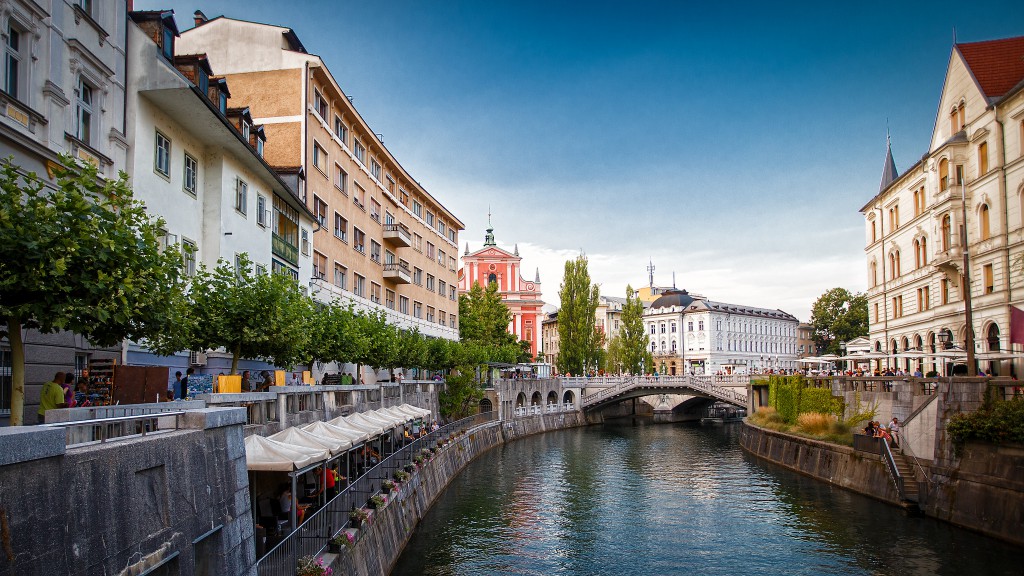 L: Ljubljana (Slovenia). It has been said that this capital city is the ‘New Prague’. Because of its location near both the Alps and the sea, you can go skiing in the mountains in the morning and swimming at the beach in the afternoon. 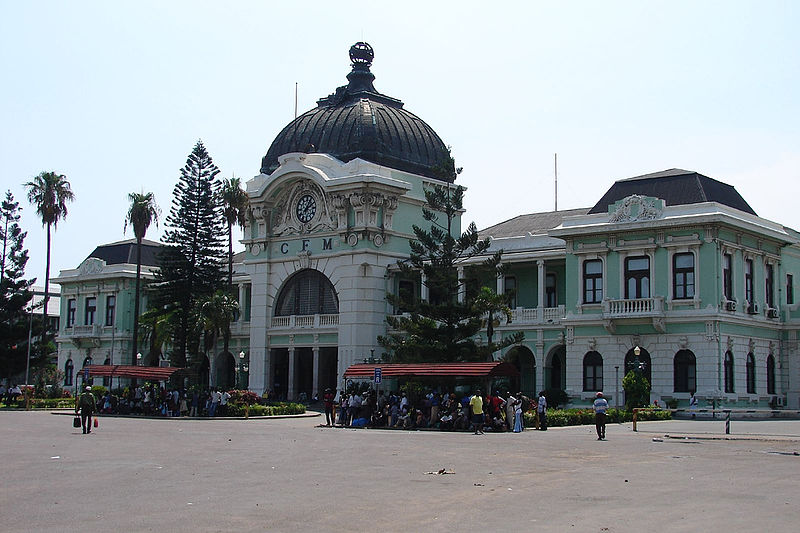 M: Maputo (Mozambique). Amid the urban chaos of this capital city are hidden vintage cafés featuring live music and a lot of urban art, a cathedral and a train station designed by Eiffel, himself, and local cuisine that’s the envy of every foodie—don’t leave without trying the tiger prawns. 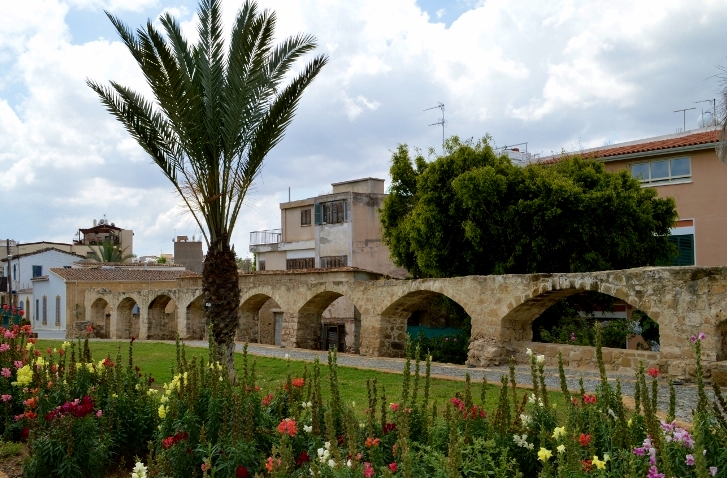 N: Nicosia (Cyprus). The mixture of catholic, orthodox and Muslim architecture is a hallmark of the city. In it, you will find street markets, marketplaces, antique shops and a whole lot of history. 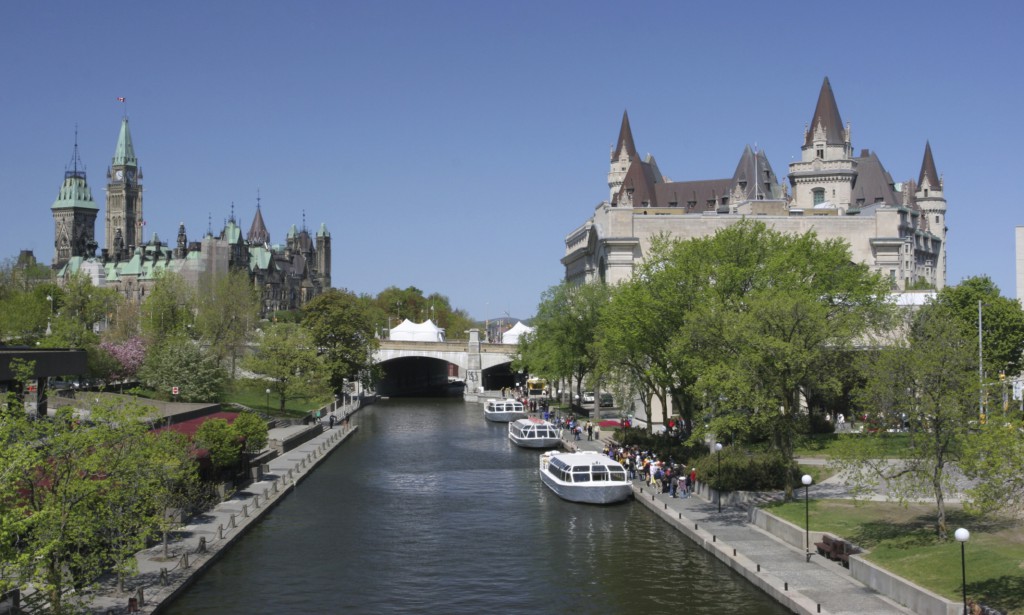 O: Ottawa (Canada) Traversed by the Rideau Canal, the city is dotted with the towers of Kingston, Fort Henry and Four Martello, all recognised as UNESCO World Heritage Sites. An obligatory stop is the ByWard Market, the most visited in the country. 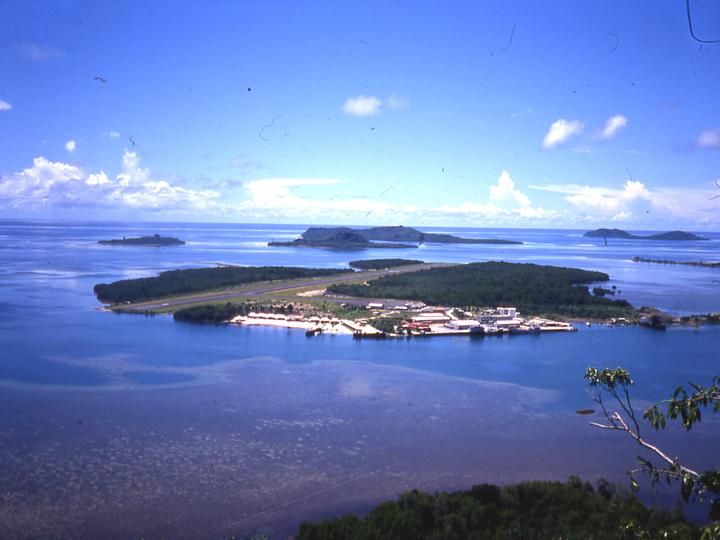 P: Palikir (Federated States of Micronesia or Caroline Islands). Located on Pohnpei Island, this is an ideal destination for surfers, divers and snorkelers, alike. Its attractions include the thousand-year-old ruins of Nan Madol, rising on a series of small artificial islands linked by a network of canals, earning it the nickname ‘The Venice of the Pacific’. 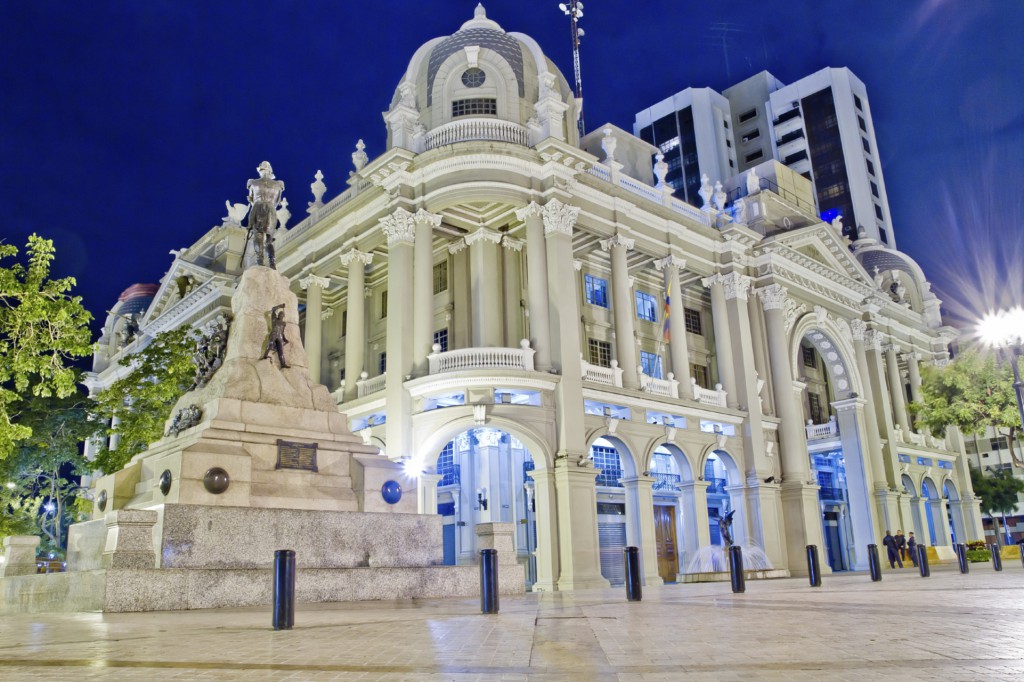 Q: Quito (Ecuador). As its name suggests, is based on the same axis of the Earth Ecuador —Quito means ‘centre of the world’—. It has a colonial aspect that you won’t soon forget. The historic quarter boasts impressive architecture dating from the fifteenth century. It was the very first city to be declared a World Heritage Site by UNESCO, in the year 1978.

R: Roseau (Dominica). This Caribbean capital is one of the favourite destinations for newlyweds. Why? The reason is simple: it brings together incredible beaches, a tropical climate and sublime natural surroundings, most notably the Morne Trois Pitons National Park. At a mere 13 km, it’s an impressive volcanic site with the second largest bubbling lake in the world, the Boiling Lake. 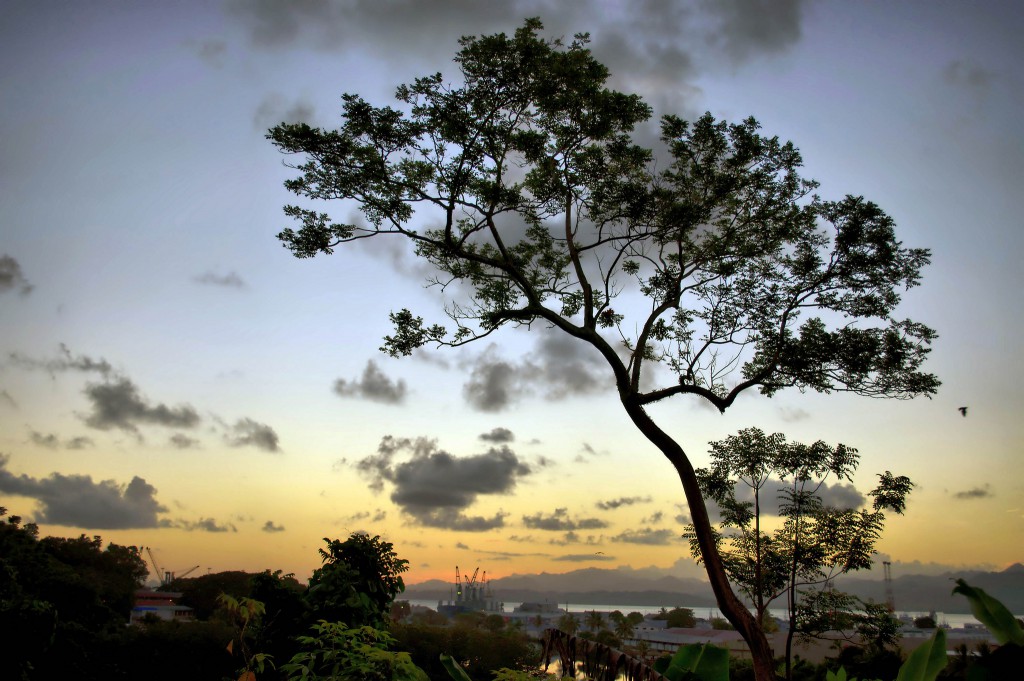 S: Suva (Fiji). Washed by the waters of the Pacific, this city is synonymous with incredible beaches, spectacular vegetation and a multicultural city centre featuring colonial architecture. It boasts the most important race in the South Pacific, which will be held on July 23. This would be a great opportunity to combine tourism and sports. 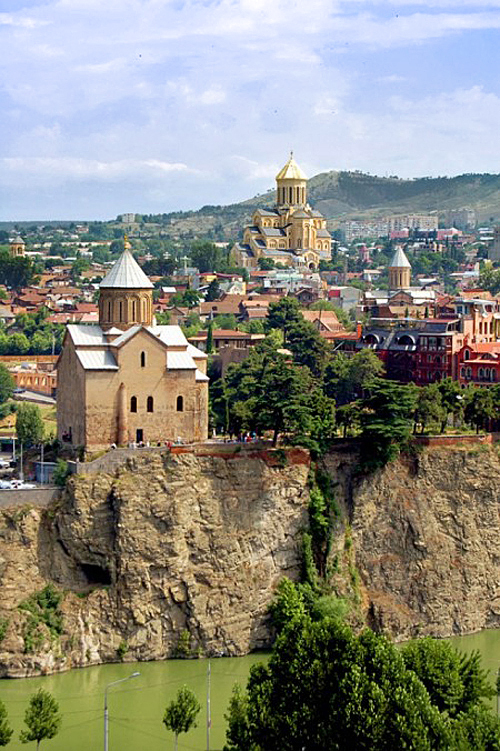 T: Tbilisi (Georgia). Sulphur baths that are open at ungodly hours, a sense of classicism that’s reflected in its opera house and ballet (among many other monuments), a history that’s evident in its antique shops, and the opportunity to sample the khmeli suneli—a delicious traditional spice mix—and the wines, the result of one of the oldest winemaking traditions in the world. All of these are good reasons to visit Tbilisi. 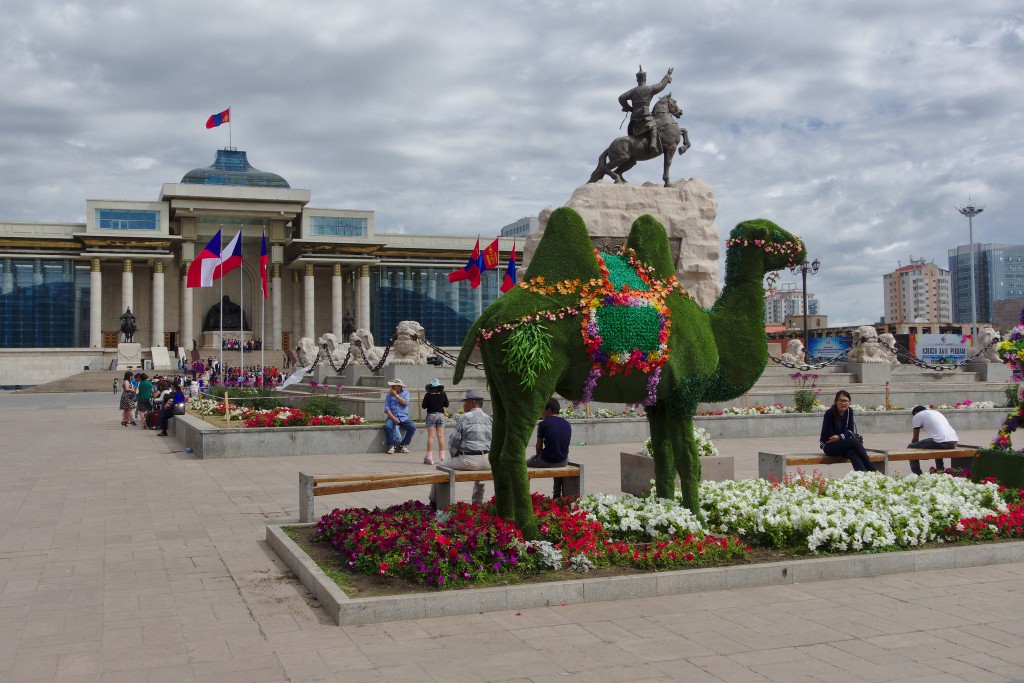 U: Ulaanbaatar (Mongolia). This is a rather adventurous destination, where one can eat yak and view Soviet brutalist architecture alongside Buddhist temples. The equestrian statue of the great warrior Genghis Khan endures, lending its name to the central square. 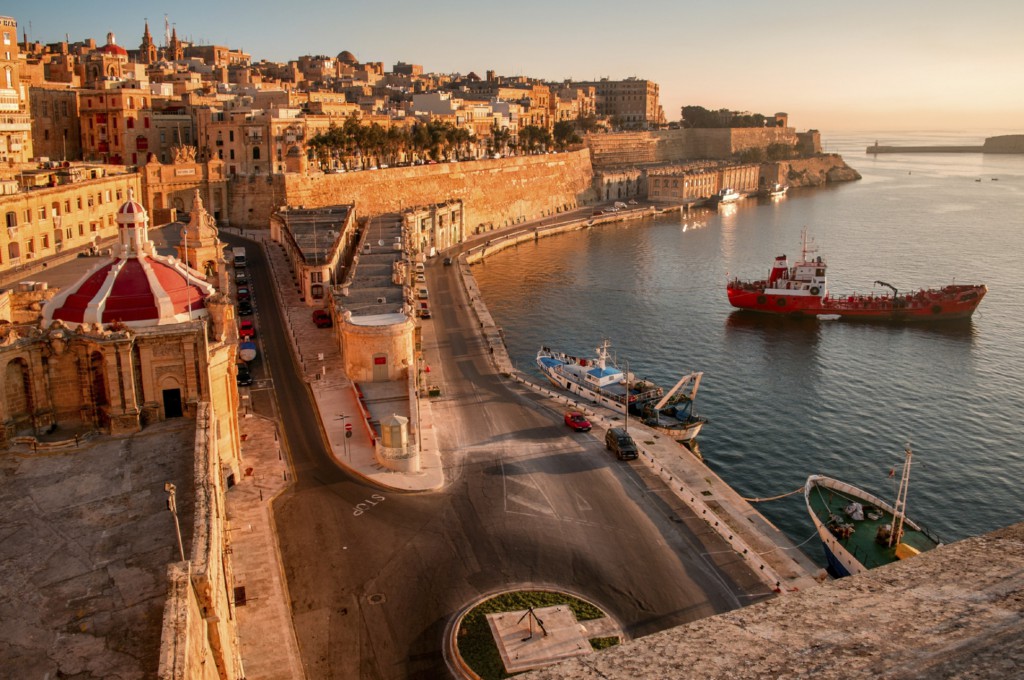 V: Valetta (Malta). In 2016, the city will celebrate its 450th anniversary with a new City Gate (the fifth in its history) designed by architect Renzo Piano and built between 2011 and 2014. The streets bear both the treasures and the scars of the city’s past.

W: Wellington (New Zealand). Although films like The Lord of the Rings have put it on the map, the capital of New Zealand still has many surprises in store. A perfect excuse to visit is the opportunity to experience Waitangi Day, a Maori festival that takes place on February 6. 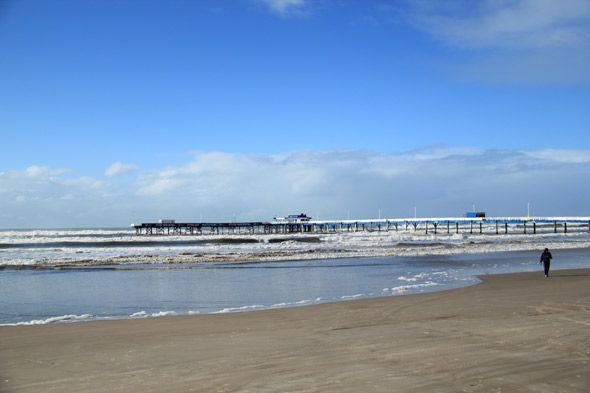 X: Xangri-lá (Brazil). It may not be a capital city, but in this case we’re giving wide berth to the definition. A municipality located in the Brazilian state of Rio Grande do Sul, its 18 km of coastline is perhaps its greatest asset, while the Atlantida Pier is its most striking point of interest. 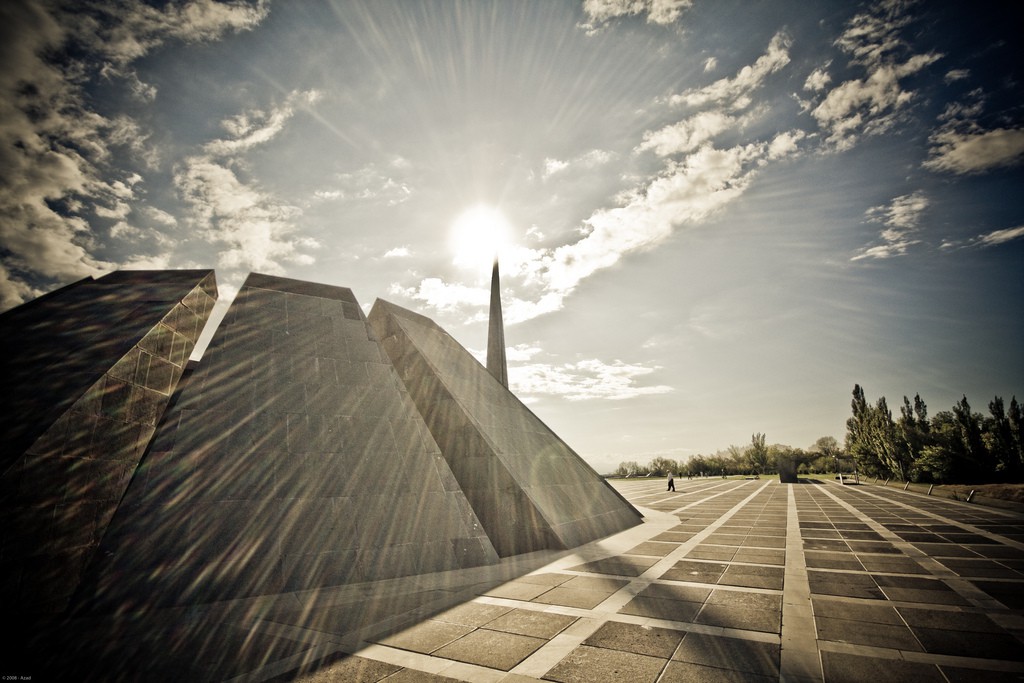 Y: Yerevan (Armenia). A land of thousand-year-old fortresses and impressive Soviet structures, the city has been named the World Book Capital by UNESCO. 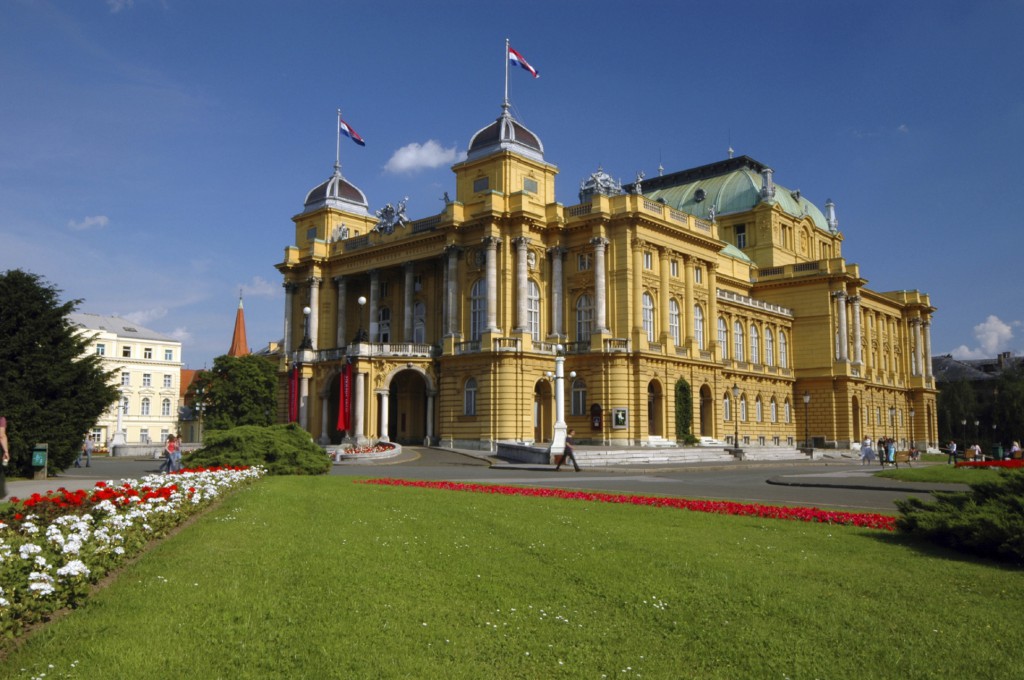 Z: Zagreb (Croatia). With more European charm than its compatriot Dubrovnik, the capital city of Croatia has been compared to a little Vienna. Its history harks back to the Middle Ages, and its physiognomy is divided into two very distinct parts: the Upper Town with its narrow lanes and the Lower Town with its impressive modernist constructions. Next July, Zagreb, along with Rijeka, will host the third edition of the European Universities Games.

Top Memorial Day Weekend Destinations to Kick Off the Summer 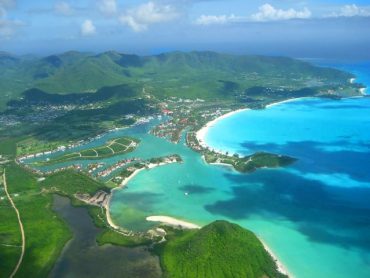 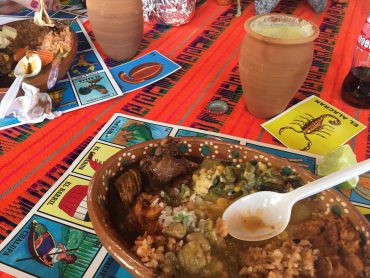 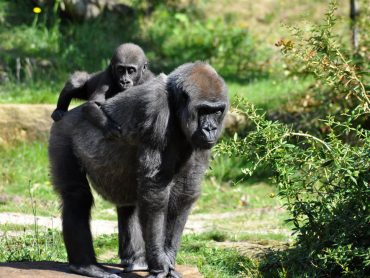 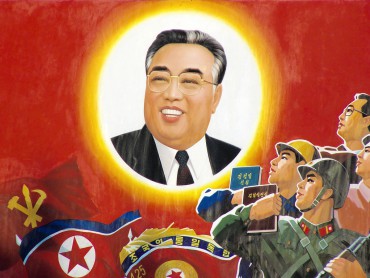